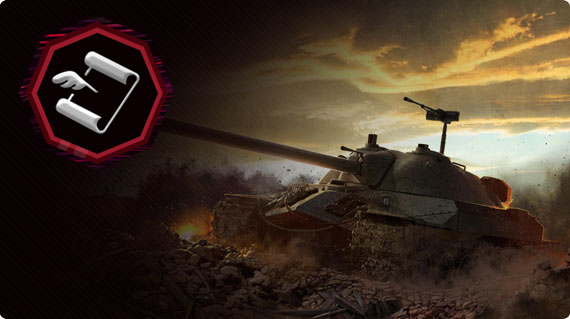 Note: You can receive all Ace Tanker replays and screenshots obtained during your order for 1$/replay!

Some commanders play for fun, some play for competitive reasons. But some of them have a mission. Those are the most difficult tasks in the game. WoT personal missions are, for some players, torture and for others, the occasion to test strength and become better. They will put your combat abilities to the test on all tank types and in different situations.

After achieving the primary conditions of the final mission in each set, you receive a unique female crew member for that you can pick the nation, vehicle type, and major qualification. All in all, finishing both WoT personal missions campaigns will compensate you with 32 female crew members. This 100 %, fully trained female crew come including the unique perk: Sisterhood of Steel.

Get those reward tanks now! I can do any WoT personal missions for you and you will  get that sense of achievement and showing your friends or your clanmates, you got them all. I will work on your account while you can spend your saved time with your family and friends. Get your WoT object 279 e and object 260 WoT, today!

The Object 279 e WoT is a tier 10 russian premium reward heavy tank. If you succeed to finish the campaign, it will compensate you with a truly dominant tank. You can get the WoT obj 279 e through a pretty tough campaign, missions will restart if the main requirements aren`t met in a couple of games.

Strangely tiny for a heavy tank, the obj 279 e WoT looks a bit of a medium tank rather than a regular soviet heavy tank. Unlike other tanks,it owns 4 tracks, all spanning beneath the tank. The armor of the WoT obj 279 e is extremely solid, the frontal part is very sloped and has no lower glacies. The turret is also very solid, so it has no frontal weak spots if you don`t include the cupolas, making this tank extremely difficult to kill without artillery assistance. The obj 279 e WoT gun has decent and pleasant gun handling, for a russian tank at least and the reload time is acceptable too.

Being one of the most futuristic appearing tanks featured in the game, the WoT obj 279 e takes the breakthrough tank concept to a completely new level. Obj 279 e WoT it is an excellent brawler, is really good at bullying mediums or out-performing other heavy tanks. It is unquestionably deserving of going through the hard mission series to unlock this tank.