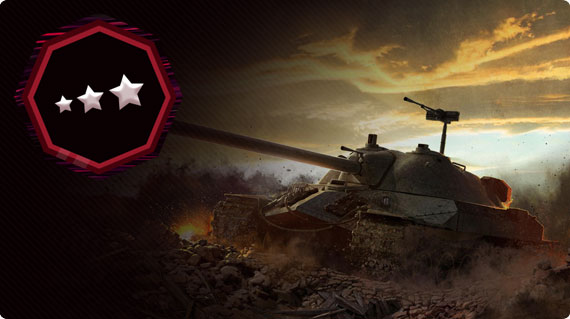 Note1: Reward tanks and some specific tier 10s, will cost more!
Note2: You can receive all Ace Tanker replays and screenshots obtained during your order for 1$/replay!

Wot gun marks are a little tricky to get but the sense of pride you get from having them is a real treat. To receive at least one mark on the gun you need to enter the top 35% of the best players on the same tank; to get two world of tanks gun marks – top 15%. Three wot gun marks are for the top 5% of the best players. I will play the tank that you want to mark, in random battles to increase world of tanks marks of excellence to the desired level while preserving high stats. If you do not have enough time or some tank it is just too hard for you to mark, just let me know and I will do it for you.

During World War II, tank crews would regularly count the number of tanks they had defeated by marking their gun barrels. This was a simplistic yet impactful method to recognize which crews were the very best. Likewise, the battlegrounds of World of Tanks provide a ton of data on each player’s display, and by using after-battle reports, we can record the damage caused by every player in every battle!

WoT Marks of Excellence are actually Mastery badges that look at direct player damage + assisted damage, instead of Experience. Like Mastery Badges, they can simply be granted if a player scores more damage per game than a percentage of the whole player base. The game server then calculate the average damage over the last 14 days from all players who have played same tank and compares with the all player’s average damage after each battle of game, that why you need world of tanks gun marks.

World of tanks gun marks are very important as the damage/assist you earn after each battle will be compared against the average for that tank across all battles from the past 14 days. If your average is higher than the required percentage of the global average, you’ll earn a WoT marks of excellence.