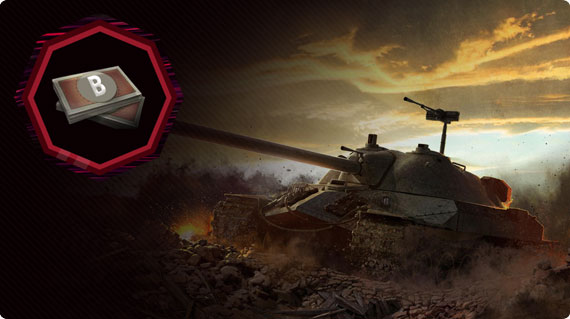 Note: You can receive all Ace Tanker replays and screenshots obtained during your order for 1$/replay!

WoT bonds…Oh the grind, the horror….but the reward!!! I can play your best tier 10 tanks that you have in the garage, and I will grind any amounts of WoT bonds you need so you can get that Improved Equipment that everybody wants. Or maybe you want to buy some reward tanks with them or some World of Tanks bonds directives. It is up to you, I can make it happen. Why not get to play with the best load out for a tank of your choice and roll out in style.

WoT bonds is World of Tank’s fourth currency after gold, credits, and XP. World of Tanks Bonds are unique in their rarity. They are obtained just in random battles and cannot be bought for real money. The most reliable ways to earn a large number of bonds WoT are ranked battles, clan wars, and WoT frontline. This indicates that, usually, the players with lots of WoT bonds are skillful, active, and own tier 10s. If you are brand-new to the game or you play low tier tanks, you might not need to bother about World of Tanks bonds too much, however, once you start playing on higher tiers, you gonna face people that have their tanks fully pimped out with improved equipment and using bonds WoT directives. So if if you play the same tank, their tank will perform better and they will have an advantage over you because of that special equipment.

Improved Equipment: As the title suggests, it is just an equipment that’s better. Normally 25%-50% is better. Although, there is a downside: enhanced equipment costs 3000-5000 bonds WoT to purchase and 200 bonds World of Tanks to demount. This suggests you are looking at about 300-500 battles with improved equipment for it to be worth the cost over running directives and adding around 20 battles every time you demounting it. The upside is that you can run up to 3 pieces of improved equipment and a directive on top of that meaning that if you are a hardcore min/max, you will need to get some improved equipment. Luckily, some common combinations are sold in bundles in the game (for bonds WoT) that will save you around 1k world of tanks bonds.